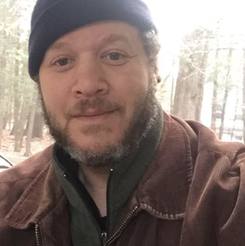 Sifu ​J. J. Blickstein is a certified instructor and has background in few different styles including boxing, self-defense, Aikido, and several years of Taiji Quan instruction, primarily under the generous tutelage of Grandmaster William C. C. Chen at the school in New York City. In 2010, as a member of a W.C.C.Chen team, he was a gold and double silver medalist in fixed, restricted, and unrestricted moving step categories at the Extreme Push Hands Nationals. Seeking to learn more about the other complementary internal martial arts, he began training in Xing Yi Quan, eventually becoming a disciple of an old family friend, the very skillful and generous Sifu, Martin LaPlatney, himself a disciple of the late and renowned Grandmaster Li Guichang, of Shanxi, China. He continues to train with Sifu LaPlatney on a regular basis. Blickstein teaches Xing Yi Quan, Taiji Quan, and Nei Gong to individuals and groups in Woodstock, NY. Acupressure, energy work, and consultations by appointment only.

J. J. Blickstein is also a poet and editor, beekeeper, student of herbal medicine, reader and teacher of tarot, and occasionally, a musician. Former stone mason and editor/publisher of Hunger Magazine & Press (1997-2005). Hunger was a NYSCA grant recipient in 1998 and has been archived in library collections in North America, and Europe. Works have been published in numerous magazines and journals.